For this edition of Kunstvlaai, Apice for Artists commissions artist Sara Campos for a spatial intervention in the shower cabinets of former Sint-Nicolaas Lyceum. The following conversation between Daniela Apice and Sara Campos functions as accompanying text setting out the framework for the presentation.

DA: ‘From Head To Toe’, the title of this project, already started in 2009 in the form of a 9 minute video performance. Stepping on top of wet clay repeating the words “I want to think there is no floor, I want to think that the floor is disappearing”, seems to question both the status of the performer and its contextual space. How do you implement your psychical presence to communicate the activity of art making?

SC: It’s status as a video has several overlaps between sculpture, architecture and performance, and this was what kept me looking on how the body of the performer could engage the viewer into somebody else’s time. The camera adopted a passive look into the activity, merely used to have some kind of proof of what happened and how I behaved during the performance, which created both a distance to the activity and to the experience of the performer.
One thing was very present though and that was the voice. The voice as the sound of thought and of the thinking organ, the head, as a way to welcome the viewer into the performance. The voice became an object for study, where in dealing with documentation and re-staging of a performance after it took place, I could, in the moment of making, include the “mappings of presence” already in the recording. This made that the document, the recording gain another status, becoming an idiosyncratic piece that reflects upon it’s own process of making.

DA: In which way are you aligning the space between a mental condition and its active potential in reality?

SC: The frame of the 2009 video shows my legs and part of my upper body thus my identity is only manifest through the sound of breathing and voice. From the feet to the head, there is a space and particular kinds of speed. Similar to when we are swimming in the ocean and the waves are very high. When we dive under the wave, the bottom feels peaceful as in contrast with the roughness of the top. Whether this might be interpreted as a psychoanalytical trait, the physical reality is there and could say something about the relation between a mental state and a specific physical reality. To question the floor as one of the fundamentals of sculpture, as Carl Andre insistently claimed, left both a big impact on the level of experience about walking and the contact between the feet and the floor. But my interest didn’t remained only on the level of the material. I wanted to connect, or even test how what I thought I could do, to deny the existence of floor, get confronted with what I could do in reality. By using my body as a tool and focusing on a basic gesture of stepping, I could find out what kind of meaning could be generated from this activity.

DA: In continuing your investigation on the sculptural potential of performance, you created a new work in relation to the shower cabinets of the former Lyceum. In what manner does this specific space activates the connection between body and mind?

SC: In thinking of clay as a soft pedestal, I’ve created a certain time frame where multiple presents are happening through the angles of the camera. I wanted that, while being immersed in the time of the video, there could occur a transformation, and an abstraction beyond the visuals appearing in the video. To search what can come out of stepping on clay, I tried to leave the work in perpetual variation of rhythm and motion. 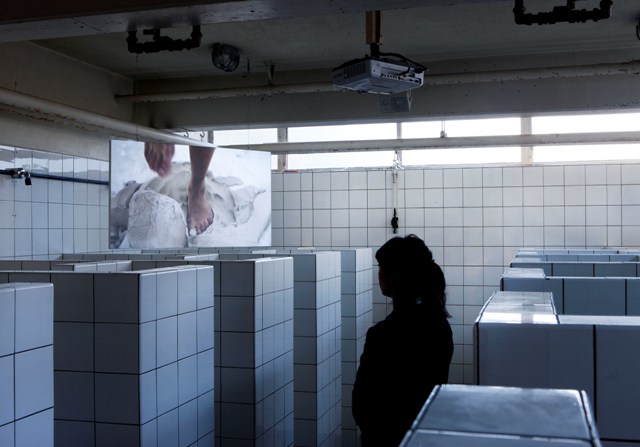 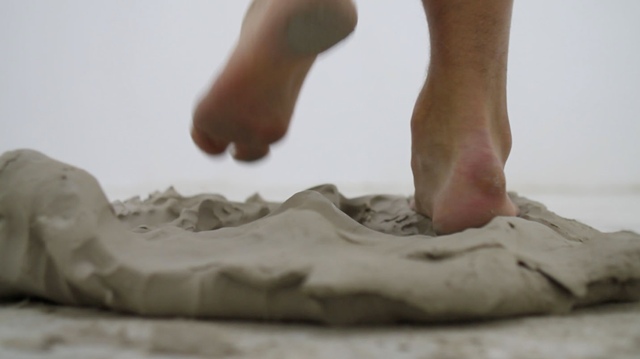 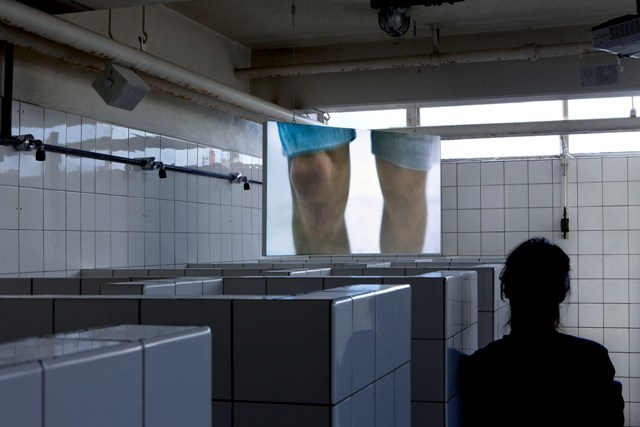 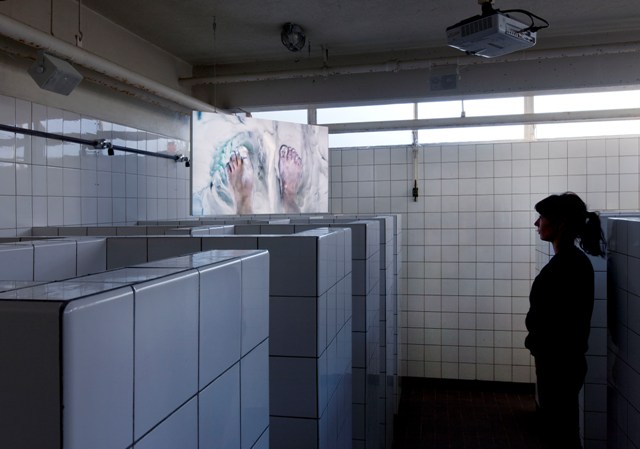 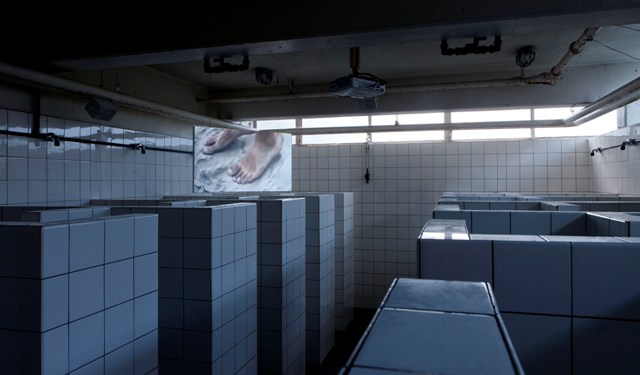