DA: In your new video work ‘That’s what it’s all about’ (2012, HD video, 4’35”) filmed at the Algemene Rekenkamer, Den Haag, it seems that you embody the structural paradigm of the Aldo van Eyck building by appropriating the elements of its overarching architectural construction. What is your position within the gesture of display and demonstration?

PF: First of all, I was drawn to Aldo van Eyck (Dutch architect, 1918-1999) because of his social architecture and human approach to design. I visited the playgrounds he created throughout the 50’s and the Burgerweeshuis in Amsterdam, as well as the Algemene Rekenkamer (Den Haag) where I finally recorded this video. I was particularly interested in the disguised playing elements that were used in the architecture. Small details that might have been unnoticed unless you start thinking about a way to engage and play with them. The Algemene Rekenkamer (Netherlands Court of Audit), in my opinion, is a great example of the ideas that Aldo and his partner Hannie van Eyck have been working on through the years. But when dealing with such specific material, a question had to be placed: what was my space in there? How could I still find something to do in what is now a landmark of Dutch architecture? I was also very worried with not interfering in the natural environment of the building, since it’s used as offices for the Algemene Rekenkamer.
Those questions, which arised in my first visit to the building, were the most important defining issues in the making of the video. I tried to find my space in what is already so documented, so historicized. My desire was to leave an invitation for the viewer to access the playfulness and spontaneity that such architecture speaks of.
Maybe you can say that I’m still shy, as I have a video camera in which I can hide behind. Let’s think of it as my toy to secretly play with the architecture, and the outcome you see now, as the residue of that game.

DA: Thus within this game you take different roles, simultaneously shifting your perspective from being objective to acting more on a physical level. The video ‘That’s what it’s all about’ is part of a new body of research ‘Play for Performance’. What are your concerns regarding the subject of creativity and play?

PF: I’m interested in understanding the role of play in our culture, how important it is as a tool for the construction of the individual, the development of culture and social integration. What importance do we give to play in society? Who designs play? Who utilizes play? Who are the subjects at play? Activities of play are not only from the realm of children. Play has been increasingly incorporated into office routines for example through team-building exercises. Creativity has become a buzzword most often followed by the words productivity or performance. As an artist, where the social expectation is to be creative, I find pertinent to question the use of these notions in its different contexts.
In order to understand some of these questions I took on different roles, or I should say, experiments. From observing elements of play present in urban and architectural space; to embracing the romantic gesture of trying to be more playful in the studio as a system to produce work; or even, by engaging with professionals whose job it is to make adults play. I find it interesting to observe our conceptions of play and creativity. In what do we base our belief that we need to exit ourselves though play in order to be more productive and creative? My aim is to open these question up for discussion by presenting the results of my experiments. Because in the end, we all have different experiences of play. 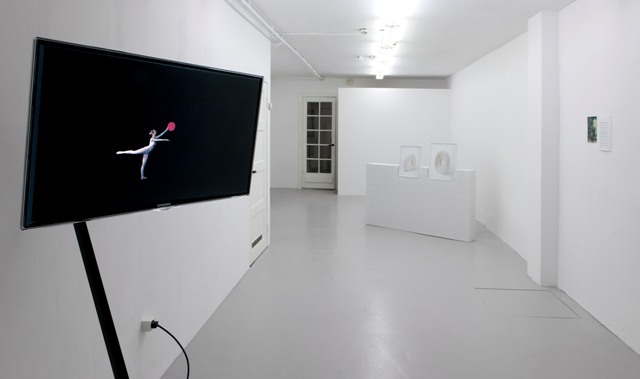 Priscila Fernandes, Once Upon A Time No Longer, installation view (front), September 2012 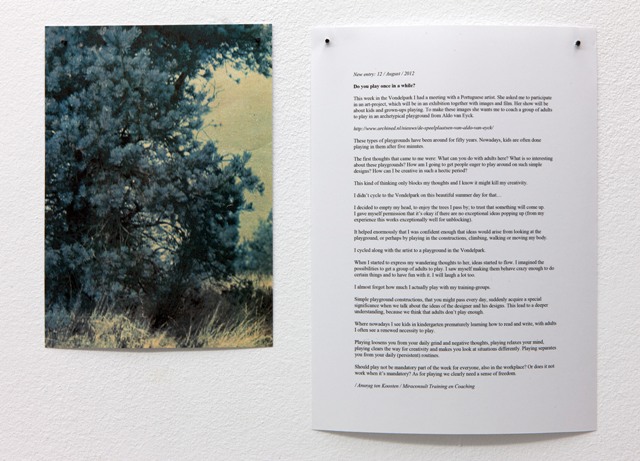 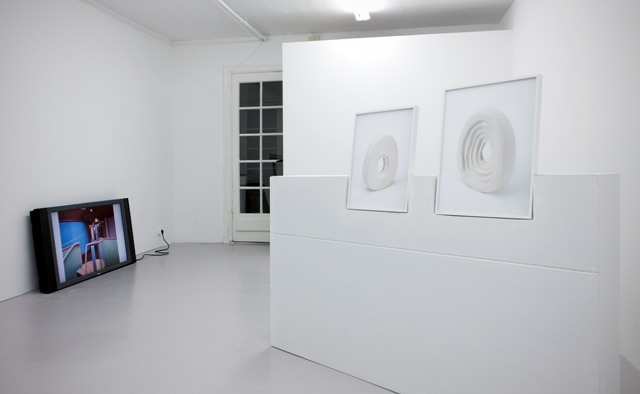 Priscila Fernandes, Once Upon A Time No Longer, installation view (back), September 2012 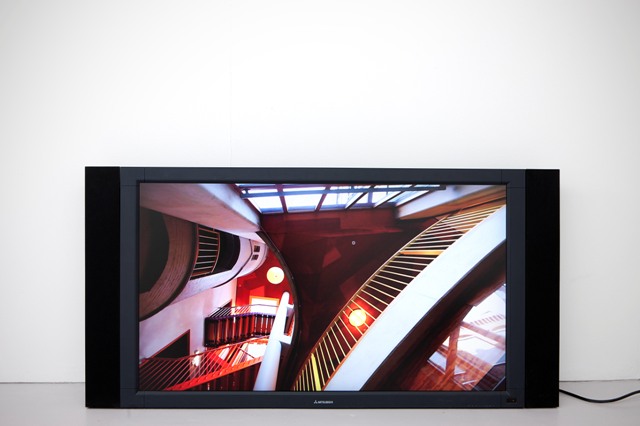