Apice for Artists welcomes Lorelinde Verhees for a working period. Starting point for the conversation is a curiosity which arouses when seeing on the one hand a clear two dimensional reference – an ambiguous relation within the framework where photography is used as a reflective tool, focusing on the medium itself – whilst on the other hand there seems to be an impulse towards a more sculptural approach of the (represented) object itself.

DA: How do you see those two (opposite) matters of illusionary and real space reflected in your work so far?

LV: For me, photography functions as a visual clarification, that is to say the objective already contains its own constructional illusion. I’m reflecting on the idea of the medium, the space that’s in-between the real object and its abstraction in time. Now, the question for the forthcoming period is how to embody it’s virtual presence in the physical surrounding of your space.

DA: The act of photographing becomes more the process of spatial inquiry, as I see a strong physical gesture to flatten the object by framing it. By doing so, there seems to be a concertation, a mutual exchange of information between the object and its referent.

LV: My general interest and artistic inquiry into the state of ’things being’ and ’things represented’ and also, more specific, things represented on photographic conditions (such as freezing movement and framing) are informing these works. Looking at it from the photographic angle, it’s a search into space, for objects in space are at the very birth of their photographic representation. I think these works are pointing at a transitional moment within the flat surface, contradictory for the object which is solid in itself. This transition happens in time, and in space; it is the state of being and representational being. In that sense, the objects are more referring to the circulation of visual information within the work, as to a certain meaning, but this is something that I leave open to the viewer.  Above all it wants to visualize the invisible, transitional phase; it merges two realities in a singular time and space, with the spectator as a third reality.

DA: Yes I can see those two realities of objective being and representational space merges into something new, as if the immaterial process of form and (photographic) construction is being materialized in time.

DA: Another element I see in your work is the use of fabrics, presently containing repetitive patterns. Can you explain how this reflects on your thoughts about representational space?

LV: I draw a lot of inspiration from fabrics and repetitive patterns in general. Fabrics appeal to me for certain characteristics, material based and on formal qualities. The most important characteristic is its flat surface, while it can take on spatial forms as well. For me, the flat surface here functions as a signifier of the representational space, the plane, that can take on a spatial form and thus relates very naturally to the space of ‘things being’ that we talked about before. It can become a ‘transitional object’, in the sense that it visualizes the invisible or its potential being. Repetitive patterns have the quality to enchant us, while they also can be of overwhelming visual power, blinding the eye, electrifying the brain. In my work I’m looking for a certain visual clarity, that evokes the opposite, a sense of blinding.
The spatial possibility is under pressure when repetitive patterns come into play, because limits are characteristic of the representational and, like you say, the pattern is an infinite movement in time. This marks the transition between the possible space and the space of ‘things being’, where the sense of time is completely different.

DA: The transition you mention between object and referent circles around the very flat surface, tracing the illusionary back into real space. How do you value those two aspects of mirroring and  representing for the construction of an image?

LV: Mirroring and representation have always been a part of my work, because of my background in photography and a self-referential attitude towards the medium. It has grown into a reflective attitude at large that has taken on a physical form again. Mirroring is a way to combine two states of being: to represent something simultaneously in a physical- and represented state. The mirror frames a new image from the surrounding reality, and adds illusionary space. What exactly is represented depends on the viewpoint of the spectator, within the conditions set.

Over this work period, one image in particular kept coming into our conversation: a photograph of mirrors hanging on a brick wall, reflecting a canal and lower part of the bridge. To you, this image seems to represent something elementary about my current practice: it shows a triangular constellation of the representational object (mirrors), the transitional object (the water), and the spectator (me). There is limitlessness, and limit, being and representation, in time and space. And there is me, the spectator, appreciating the elements, closing the ‘triangle’ for a moment. To create such an experience is something I am looking for, whether it be inside an image or outside as part of a bigger constellation. 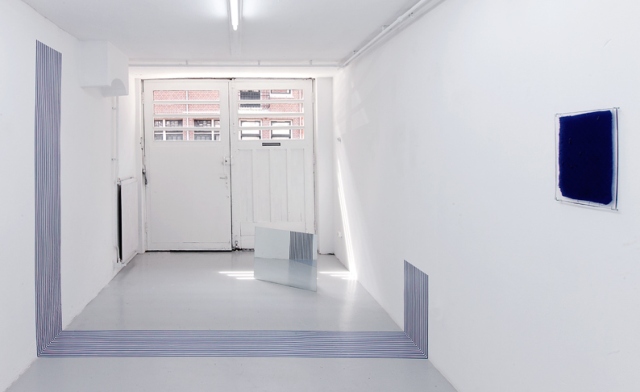 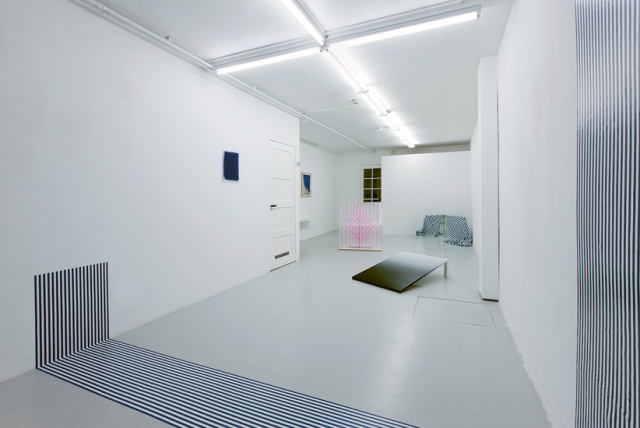 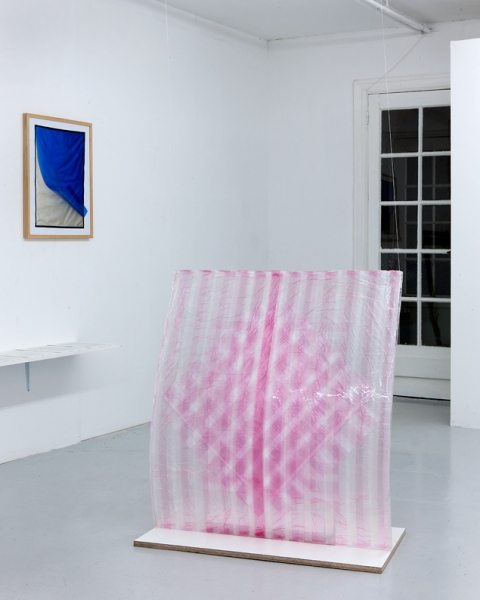