At her new location in the Amsterdam Pijp area, Apice for Artists will present four artists who have recently aroused her curiosity. Although each of them employs an almost intentionally physical manner of exposing their practice, in formalizing images they all depart from different principles.

Cathy de Haan creates a highly poetic and analytical world by grouping her collection of sketches, drawings and objects – fundamental outcomes in her working process. To emphasize the potential notion of an idea, the artist supplies the need to preserve its current momentum, i.e. to display the mass and velocity of the obtained matter. This intuitive act – of arranging the temporary aspect into a self activating system – results in a formal composition of artifacts which consequently interacts and moulds into different directions and meanings.
Whereas in Cathy’s practice,-the intangible is made visible on a methodical manner, Tijl Orlando Frijns shows the material quality in his work. Surrounded by a do-it-yourself mentality, his installations have been reduced to simple constructions where he focuses both on the formal nature of the (art)work itself and on the contextual aspects, from production to specific environmental conditions. Here, suspicions and conclusions are unfolding – about art, architecture, the wonder of existence or just the obviousness of it.
Sarah Verbeek plays with the presence and absence of space and volume on the two-dimensional surface. Reduced to quasi-abstract compositions in form and color, in their seemingly naïve and uncompromising simplicity, her paintings become a kind of character: capricious and unpredictable. On the occasion of this group presentation, Sarah has made a site-specific work.

As a preview to her solo presentation in the gallery (on show in October), Sara Campos shows a performative work, On Love (2009, video 5’35 min), which examines in a playful manner, the visible effect of announcing textual premises as a work of art. Interested in the boundaries between sculpture and performance, the artist works on a direct way to address the possibilities and failures of communicating the meaning of art. She appeals to the object as a fixed idea questioning its determination in the ever changing context of the present. Shifting from one gesture to another, in describing the circumstances that defines the object, sound can become a visible presence and consequently affects the status of the work. 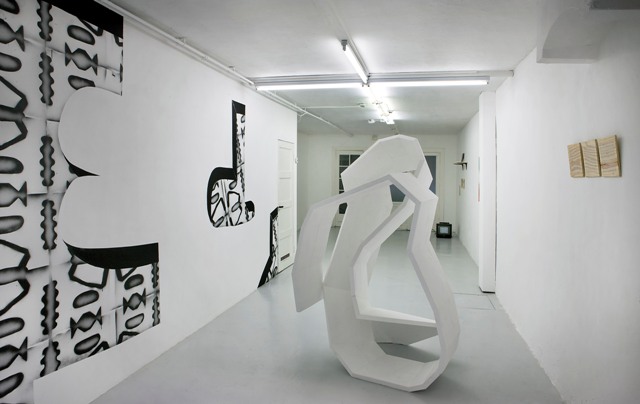 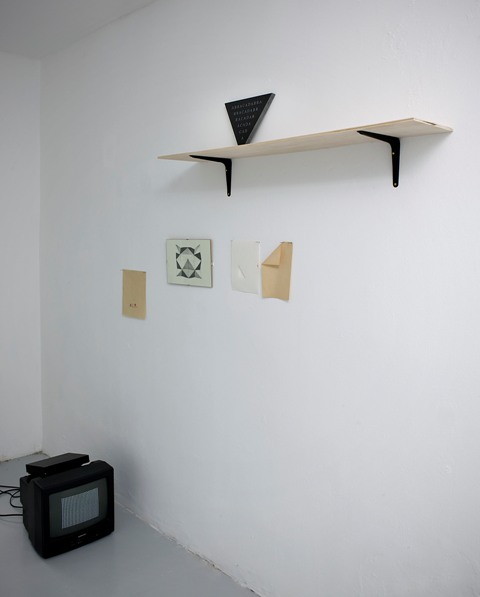 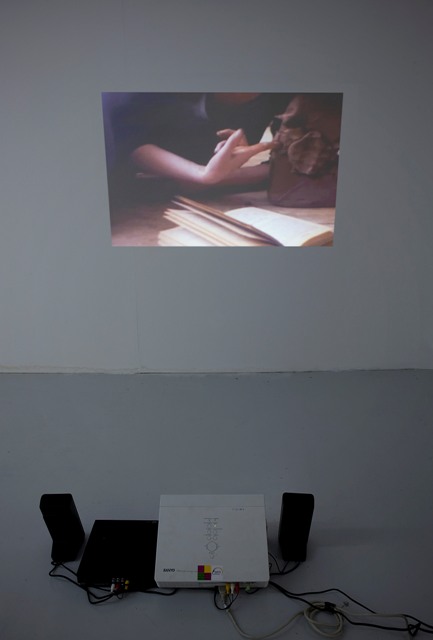 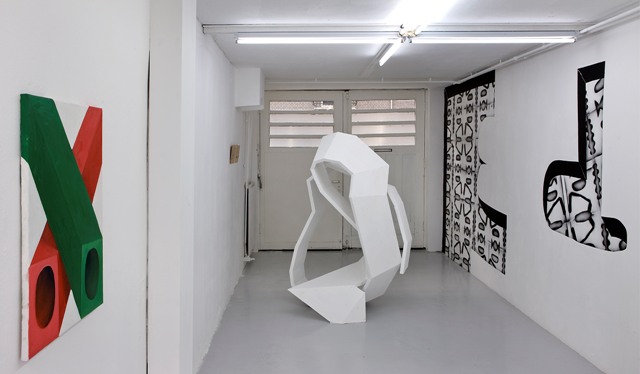 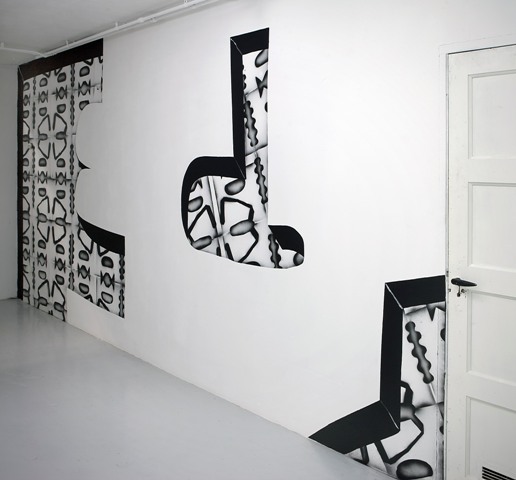